Connecting Up when using a Video Capture Card: - this is best done with everything disconnected from the power source to avoid unwanted problems.You will normally need two leads, one for the video signal and one for the audio. If you are using an S-Video output (S-VHS VCR or outputting from an analogue camcorder) connect via the S-video connectors using an S-video to S-video lead for best video quality. If your VCR has a separate phono video out connection connect this to the video cards video in connection. This is normally a phono socket colour coded yellow, but this can vary, particularly on older machines. If there is no separate video out connector (most modern VCR's only have a scart connector) use a switchable (input - output) scart to phono adapter (21 pin euro connector) as pictured below. Check that the scart socket you are using on the VCR is an output socket as some VCR's have two sockets - one for input/output and one for input only.
Now connect up the audio out from the VCR (or camcorder) to the audio in on the video capture card. If the card does not have an audio in connector use the line in socket on the computers sound card using a two phono to stereo jack lead. If your VCR has a stereo audio out connection then use this. If not connect to the scart adapters audio connections. These are normally colour coded white for left stereo channel or mono audio, and red for right stereo channel (not used on mono equipment). 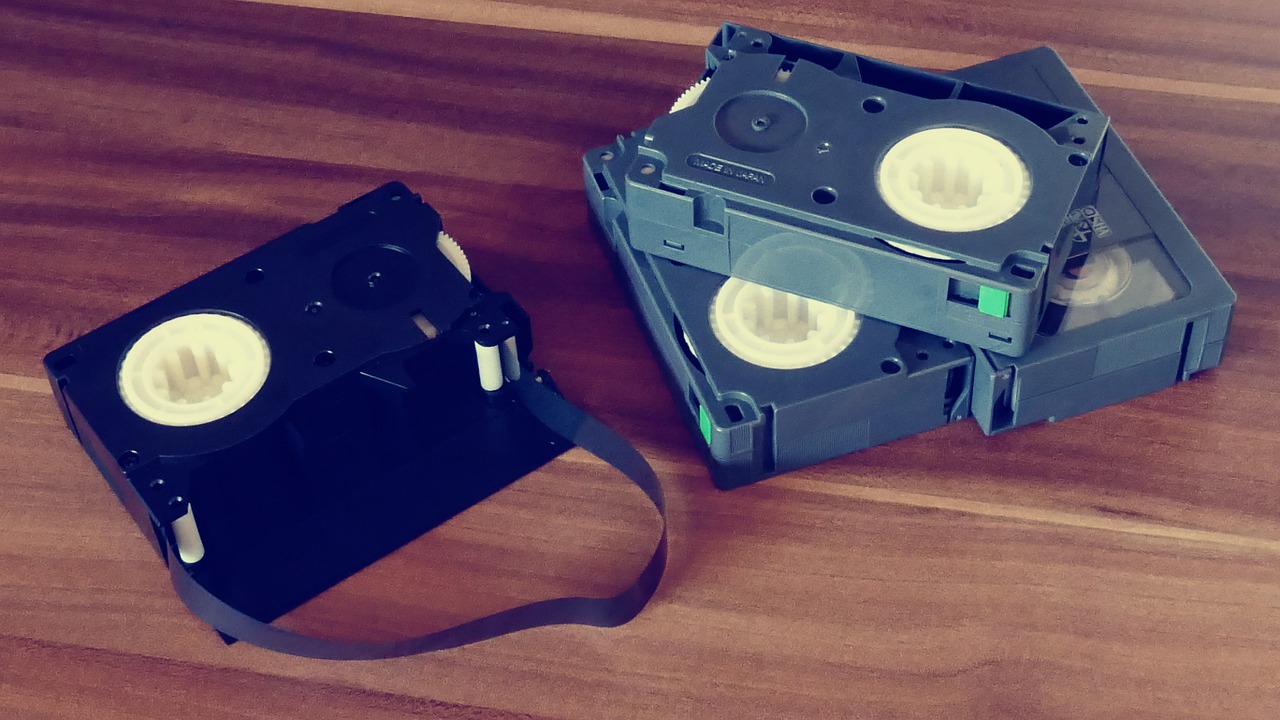 Connecting Up when using Camcorder or Bridge Analog Passthrough to Firewire:- again turn off the power untill connected. Your analog source (VCR or analog camcorder) needs to be connected to the device that will carry out the analog to digital conversion. Use an S-Video lead if your source has S-Video out. If not then use phono to phono for both video and audio. Your analog to digital converter (camcorder or bridge) is then connected to the computer using the firewire cable. This method is recommended to avoid/overcome picture and sound synchronisation problems.

OK, we are now all connected up, what next ?

VHS or Analogue Capture: - open your editing program to set the various settings. This stage varies somewhat depending on which program you are using and also on how you will output the finished project.

Normally you will first need to select the capture source, both for video and audio. Then set the TV system used in your area (PAL, NTSC, SECAM etc.) so that your finished disc will play on your player / TV.

Next set the capture quality settings.

IMPORTANT: - Most people that experience problems when it comes to rendering their finished project do so as a direct or indirect result of incorrect capture settings. AVOID the temptation and do not make the mistake of thinking that you MUST capture using the highest quality setting for every project. The resulting workload placed on the PC when rendering such a huge mountain of information will quite often result in a system hang, lock-up, or crash.

Once set, start the VCR playing and then capture some video to a new folder on your hard disc to ensure that you have set the audio volume and balance, brightness (video gain), contrast, sharpness, hue and colour adjustments to your preferred level, and all is working ok. A quite short clip or three is all that is needed to make a test disc from. Once you are happy with the results of this, then continue to capture a full tape, but get the levels right first.

When capturing your tape it should be done 'scene by scene' rather than in one big lump. The files created can be rather large. It is much kinder to your computer if you feed it on small bite size clips, rather than force feeding it with whopping great chunks. It is much less likely to 'choke', or crash, and much more likely to 'do its thing' without 'playing up' this way. Some programs have automatic scene detection, which breaks up the incoming video into smaller clips. Use this feature if available, otherwise do it manually. Once you have finished capturing your tape, you can then move on to the editing stage. You may find that you are experiencing 'dropped frames' during capture. This can be sign of your systems processor being too slow, not enough ram, or simply capture settings need a rethink. Check your systems specs first.

- this should be a relatively quick and easy stage of your disc production project. Each clip can be trimmed to remove unwanted frames or sections at the start, middle, and end, and then added to the storyboard. You can preview the main video track as you put it together to check that things are progressing as planned. When you are happy with the result of the assembly stage you are ready to add any menu's you may require.

- what are they ? In a word - buttons. The buttons are links to particular parts, or scenes (sometimes called 'chapters') in a film or video. They may look like buttons, similar to those red one's at the top left of this webpage. Or the 'buttons' can be 'hotspots' on a picture, or text on a plain background or added to an image or photo. Whichever type is used, they do the same thing. They allow the user to jump from the menu to the clip, scene or chapter of a DVD they want or on to a further 'sub-menu' to provide further choices from a lower 'level' or section of a disc.

Each disc authoring program has different procedures for producing menus, but they are quite straight forward to follow. Some even create menus automatically. Once made, the menu is added to the timeline ready for rendering.

It is now time to preview your final production prior to rendering and outputting to disc or tape. Any final touches or changes should be done now before the final render.

- rendering your project means combining all the elements of your production (original video and soundtrack, menus etc.) and converting them into one single MPEG file.

This is quite some considerable task and can take ages (hours possibly) to complete, so put the kettle on and leave the PC alone while it gets on with earning it's living.

- this next stage is where the directory structure of your DVD is produced, plus the files required to be used on the DVD disc. The compiling process results in the production of the 'disc image', from which the DVD is directly burnt. This disc image can be played on your computer directly from the hard drive using a software DVD player such as ' WIN DVD' or 'Power DVD'.

- once you are happy with your 'disc image' on your hard drive you can go ahead and commit it to disc.

- go on. You've got this far. Finish the job off properly. Pre cut self adhesive disc labels are available for pence, and they are easy to design and print. Do get a disc label applicator though. An out of balance disc won't do your DVD player any good, and will give problems on playback. Happy watching.